Find your hottest gift in super-buy.net

Anyone who considers him/herself a big fan of aromatherapy can rely on it to freshen the air in his/her home. All it takes is something like the Zephyr Fresh whole-home diffuser and an essential oil with a scent the homeowner finds attractive. Whole-home aromatherapy is easy to pull off and quite effective.

If you are familiar with the concept, you might see its usefulness in public areas too. Let’s say subways, for example. If you can make your entire home smell fresh with aromatherapy, couldn’t officials do the same thing to improve the air quality in subway stations and trains? In theory, yes. But the fact that it can be done doesn’t necessarily mean riders would be happy about it.

A No-Go in Vienna

Mixing aromatherapy with subway trains is not just conjecture. One city is actually trying to do it. In Vienna, Austria, public transport authorities are acutely aware of the odiferous problems caused by subway systems and their riders. They decided to try to combat the problem with aromatherapy.

During an experimental period, public transport management diffused essential oils into subway stations and trains using existing ventilation systems. They tried individual essential oils like green tea, sandalwood, lemon, and grapefruit. They also tried a variety of blends as well. They then asked subway riders to voice their opinions through an online survey. All of this took place in July 2019.

Amazingly, the majority of survey respondents indicated they would rather not have the subway experience ‘enhanced’ by aromatherapy. They preferred to stick with more traditional scents like stale air, body odor, and pizza. By the numbers, 21,000 of the total 37,000 respondents preferred a scent-free commute. The remaining 16,000 wanted the city to continue the aromatherapy experiment.

When compared against stale air and body odor, it would seem only reasonable that most people would prefer essential oils instead. But apparently that is not the case. So what gives? It’s probably nothing more than the fact that scent preferences are rather personal.

You know how true this is if you’re a cook. A recipe that smells absolutely delightful to you could smell terrible to your significant other. Your spouse might love the smell of fresh brewed coffee in the morning while you find it revolting. That’s just the way the human olfactory system works.

In terms of the Vienna subway experiment, the displeasure with aromatherapy is probably due to the fact that not everyone appreciates smelling things like green tea and grapefruit. Moreover, essential oils do not completely eliminate other odors. They either mask or overpower them.

Stale air is bad enough for a lot of people. But mix that stale air with lemon and some people find it even more offensive. Different blends of essential oils could be even worse. The fact is that people’s noses are very picky. Expecting tens of thousands of people to have the same opinion about various scents is just not reasonable.

It Still Works at Home

The moral of the story is this: while aromatherapy might still work at home, it is probably not a strategy that would work well in large, public spaces. It obviously doesn’t fit the bill for Vienna subway riders. They would rather smell what they are already accustomed to in the subway system.

As for aromatherapy, it is an ancient form of medicine that dates back thousands of years. People rely on it today for everything from relieving anxiety to helping them sleep. They believe that diffusing essential oils throughout their homes offers benefits they want to avail themselves of. 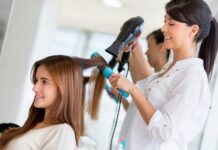 Best Hairdressers at the Most Loved Salons Near You

How to Pass A Drug Test with Little to No Preparation

Enhance Your Look In An Instant- T-Shirts

0
Almost all the people love to have a charming look, but when you ask a simple question with them that how can I enhance my look in an instant? Almost all of them will give a same solution as a quality shirt which can...
Read more

Mobility Scooters As Gifts – Changing Lives For The Better

0
Whichever way you look at the subject, it’s never particularly pleasant to have to bring up the idea of investing in a mobility scooter for the first time. In the eyes of most, these are the kinds of life aids that represent something of...
Read more

19 Activities You Can Try To Help You Feel Better And...

Surprise Your Partner With The Luxe Watches This Festive Season

Fashion Accessories To Complement Your Look

Click Here To Learn About The Coupon To Buy Herbal Products